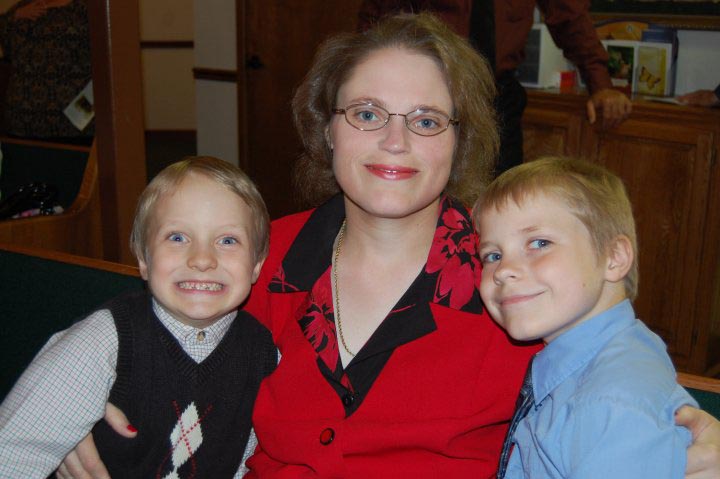 ]In February 2009, I woke up with a painful lump in the floor of my mouth. I had just moved to a new town the year before and had no dentist. Dr. Aaron Bulleigh, came recommended. He wanted it biopsied ASAP, knowing it look suspicious. My dentist referred me to an oral surgeon, who was not on my insurance so I chose to see an ENT whom we had a relationship with. He thought it was a stone or an infection. After ten days on antibiotics, the CT scan showed nothing except a sinus infection, so he added three more weeks of antibiotics.

During this time, I saw an oral surgeon who told me to come back in a month if it had not gotten better. By this time, I had severe pain in my ear. I went back to the ENT who removed the lump since it caused so much pain. He told us it did not look like cancer, but he was sending it off to be biopsied anyway.

Four days later we got the call that changed my life forever.  I had oral cancer! I underwent a second surgery at a medical center 3 days later to get clear margins. In July 2009, my scan was clear, but one month later, something did not feel right. I had intermittent ear pain. I went back to my dentist and he saw a suspicious white spot at the back right side of my tongue and wanted another biopsy. However, the ENT wasn’t concerned, wanted to watch it, and asked me to return in 2 months. At that appointment, he still wasn’t concerned, but I complained about more pain around the area, so he did a biopsy. My dentist was right from the beginning…it was cancer…he was right on!

My dentist is the only one who took me seriously and continues to take me seriously. If I have a concern, he sees me the same day. If he had not recommended a biopsy, I would not have been persistent about finding a cause for the pain.

We hear early stage oral cancer is often painless. Because I was a non-smoker, nobody but my dentist considered cancer as a possibility.  My dentist wanted to rule out cancer first! I may not be here today if there was a delay in my treatment and I followed the advise of my other treating healthcare providers. My dentist was proactive. With cancer, that has to be the attack plan.

It is with great pleasure I write this today to give a huge shout-out to my dentist, Dr. Aaron Bulleigh. Continue to do what you do and save people’s lives by providing oral cancer screenings and being diligent about knowing the early signs of oral cancer.