“The Oral Cancer Foundation recognizes your commitment to increase public literacy and awareness, and encourage early detection of oral cancer through a public awareness event and screenings. The leadership that you have shown reflects the highest standards of concern for public welfare and health. Your tireless efforts to make the Lehigh Valley Oral Cancer Awareness Walk a success, not only benefited those in your community, but through funds raised, will impact thousands of others across the country, and make the fulfillment of the foundation’s mission possible. Your personal concern for public health and welfare reflects the best qualities of the human spirit.” 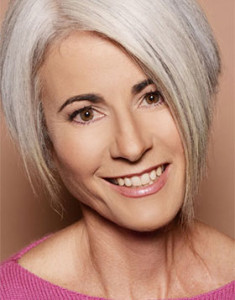 Eva Grayzel, a professional interactive performance artist, was diagnosed with late-stage oral cancer at age 33 and told she had a 15 percent chance of survival. A non-smoker, she was bounced among dental professionals while the ulcer on her tongue grew more prominent and painful.

“My first biopsy was misread by a general pathologist as hyperkeratosis, when in fact it was moderate dysplasia which had a chance of turning into cancer. I didn’t know there were specialists in pathology, nor did I know that biopsies are not 100% definitive. It was two years and nine months from the first biopsy until the day I was finally diagnosed with late stage oral cancer. During that time, bouncing back and forth between my dental practice and oral surgeons, no one EVER mentioned the words ‘oral cancer’ as a possible cause. Finally, I made an appointment with Dr. Mark Urken, the chief of head and neck surgery at Mt. Sinai Hospital. I took the bus into Manhattan the fateful day of April 1, 1998 not having the slightest idea that what was on my tongue was remotely serious.”

Eva endured the removal of 1/3 of her tongue, a partial tongue reconstruction, a modified radical neck dissection, and a maximum dose of radiation therapy. Through an extraordinarily successful treatment plan, Eva not only survived but also regained her ability to speak clearly. With a second chance at life, Eva couldn’t let the same thing happen to someone else.

A champion for early detection, Eva founded Six-Step Screening™, an oral cancer awareness campaign for dental professionals and the general public. For her initiative, she was recognized by the American Academy of Oral Medicine and awarded honorary membership.

“I share my personal story hoping it will inspire dental and healthcare professionals to perform oral cancer screenings on all their patients, educate them about what they are looking for and the early signs of oral cancer. It’s more than my mission to educate. It’s my tribute to all those who came before me and my obligation to those who will follow.”

Eva celebrated her 10-year cancer free anniversary by founding Talk4Hope which includes two children’s books to promote dialogue and minimize fear around cancer, and My Story Legacy, a 12-page guide to document personal stories, a gift as valuable as material possessions. 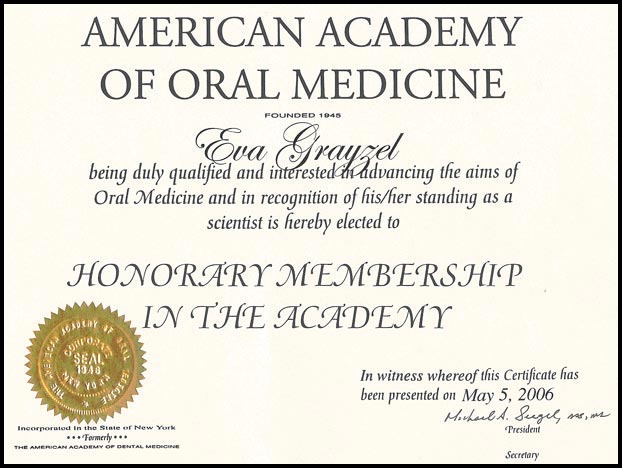 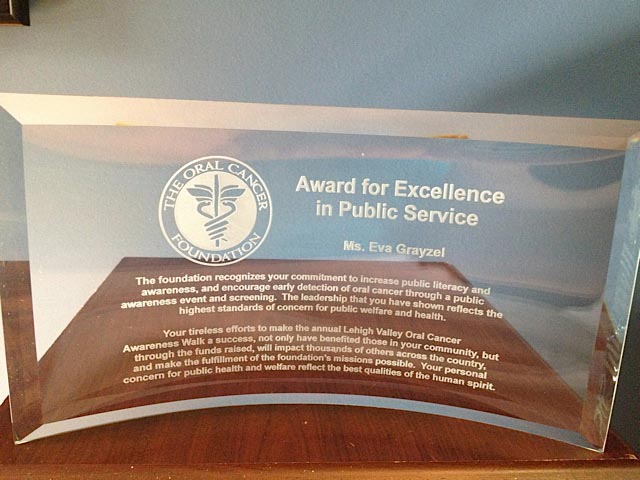 Learn more about Eva at www.evagrayzel.com