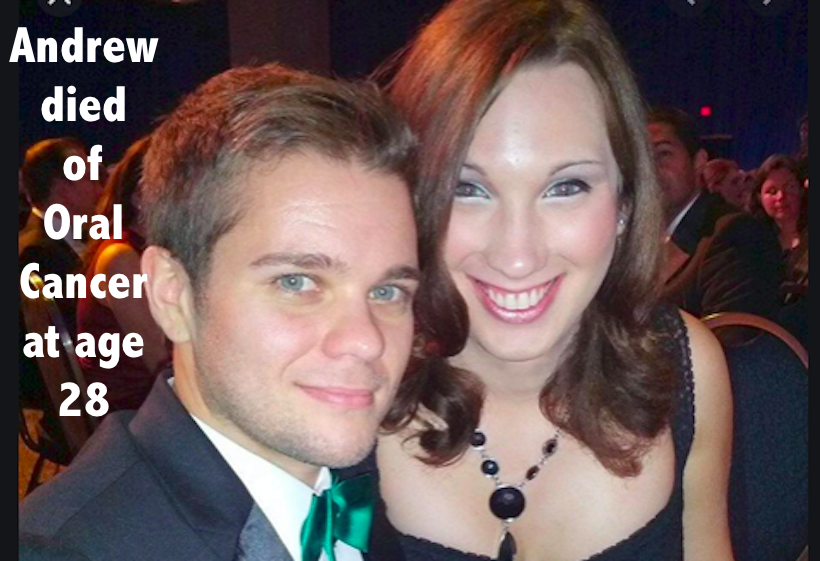 Delaware’s Sarah McBride, the first openly transgender woman elected as a state senator, was also a doting caregiver to her husband during his battle with oral cancer. Andrew Cray, passed away six years ago at just 28-years-old from tongue cancer. His surgery was similar to mine: a part of his tongue was removed and reconstructed during a 12-hour surgery. Unlike me, he had chemo in addition to radiation. Unfortunately, the cancer spread to his lungs. They married one week before he passed. Sarah writes eloquently about how they met, his tragic oral cancer journey and getting married in her blog and it includes a wedding photo. 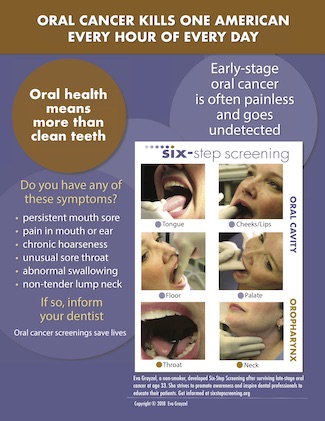 McBride’s campaign focussed on expanding health care access and improving patient education. If Andrew had seen the Six-Step Screening poster in his dental or doctors office, perhaps he would have recognized the symptoms and had an early diagnosis instead of a late one. When caught early, oral cancer is very survivable.

In honor of Sarah McBride and in memory of her husband Andrew, the posters, regularly $10, will be sold at $20 for 5 (shipping included). For the month of November, play a part in raising awareness and saving lives. Buy the posters today and display at your doctors office and other small businesses you support.