This is an excerpt from a New York Times article by DONALD G. MCNEIL JR. and ANAHAD O’CONNOR with some practical, easy to understand information:

There is no point in testing for HPV in the throat. Even if you are positive for HPV 16, the type responsible for oral cancer, only 1% will actually get oral cancer.

The Pap test — invented in 1928 by Dr. George N. Papanicolaou — involves scraping a few cells from the cervix and checking them under a microscope for precancerous changes. Precancerous cells have a “halo” around the nucleus, while cancerous ones have larger, more colorful nuclei, said Dr. Paul D. Blumenthal, a professor of gynecology at Stanford University Medical School. In theory, it should be similarly easy to scrape and examine throat cells. But in fact, cancer specialists said, doing so would be useless. 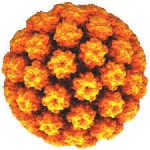 The kind of chronic HPV 16 infection that leads to oral cancer occurs much farther down, near the base of the tongue. Adding to the difficulty, the infection is often “deep down in the crypts of the tonsils,” said Dr. Eric J. Moore, a Mayo Clinic surgeon specializing in such cancers. The tonsils, an expanse of lymphoid tissue that includes much more than the two back-of-the-throat bumps removed in tonsillectomies, have deep folds and crevices. “If you spread them out, they’re 2 feet by 2 feet, said Dr. Marshall R. Posner, medical director for head and neck cancer at Mount Sinai Medical Center. “You can’t swab them. It’s just not possible.” By contrast, the end of the cervix swabbed during a Pap test is only about two square inches and easily reached with a speculum. It is impossible even to see deep tonsillar tissue without a scope that goes through the nose. Probing this area would set off gag and vomit reflexes so strong that patients might have to be anesthetized.

A saliva test can detect an oral HPV infection. But that’s not useful, since 85 percent of the population catches at least one of the 100 different human papillomaviruses that circulate. Most infections are beaten by the immune system in a year or two. Even among those who get an oral HPV 16 infection, less than 1 percent will go on to develop throat cancer.

“If I tell you that you have HPV in your mouth, it’s not going to help you if I don’t have anything to offer you, and you’re going to live with the anxiety and fear that you might get cancer,” said Dr. Robert I. Haddad, chief of head and neck cancer at the Dana-Farber Cancer Institute in Boston. “But if I tell a woman that she has an abnormal Pap smear, there’s something she can do about it.

Someone with chronic HPV 16 year after year would be at the highest risk for throat cancer — but even then it is not clear what to do. Probing through all the tonsillar tissue under anesthesia looking for something worrisome to biopsy would be difficult and expensive and could set off bleeding near the entrance to the lungs.

Even when surgeons find large, cancerous lymph nodes, the primary tumor that seeded them sometimes turns out to be a speck only a sixteenth of an inch wide buried by healthy tissue, Dr. Moore said.

Although throat cancer caused by HPV is increasing, it is relatively rare. About 34,000 cases a year are diagnosed in the United States, compared with 226,000 lung cancers. But it is growing in importance as smoking-related oral cancers decline.

Oral sex has become more common since the sexual revolution of the 1960s, but not astonishingly so. Such “fairly modest changes” in sexual habits do not explain why the cancer risk has doubled or tripled over the years, said Gypsyamber D’Souza, a viral cancer specialist at Johns Hopkins Bloomberg School of Public Health. It has risen the most in white men 45 and up. The older age is explained by the fact that, like cervical cancer, it can take decades to develop.

Men are twice as likely as women to get it, according to Dr. D’Souza, and it is more common among whites than blacks. Straight men are more likely to get the cancer than gay men. One theory is that there may be more HPV in vaginal fluid than on the penis, said Dr. Lori J. Wirth, a head and neck cancer specialist at Massachusetts General Hospital.

The lack of a screening test means that a doctor should be seen as soon as symptoms appear: a lump in the neck, a sore throat, a persistent cough, peculiar hoarseness, or ear pain that persists for more than two weeks.