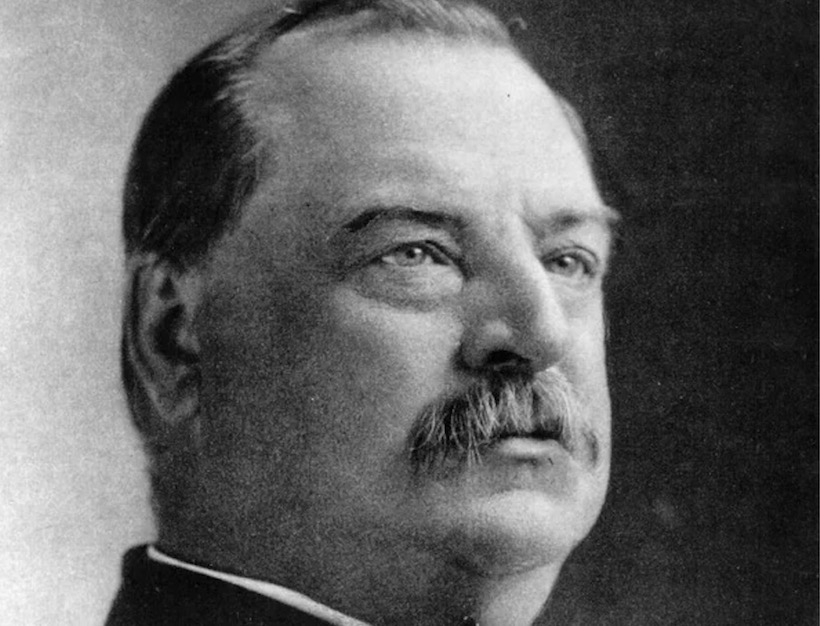 Did you know….President Grover Cleveland who signed into law in 1984, a national holiday on the first Monday of September…was a survivor or oral cancer?? It’s quite a story!

In 1893, in his 2nd term as president, he became aware of a spot on his palate which doctor describes as “nearly the size of a quarter with cauliflower granulation.”  The surgery had to be done in secret because the country was in a depression. A friends yacht was converted into a surgical center, with a team consisting of a dentist, surgeon and anesthesiologist. His surgery was disguised as a 4-day fishing trip from NY to his Cape Cod home. Cocaine was used as a topical anesthetic.

His surgery was described like this:
“(A)n incision was made through gingival and palate mucosa to the underlying bone. Supplemental ether inhalation was then used to facilitate a partial maxillectomy, including the left upper alveolus from the first bicuspid to just behind the last molar tooth, the hard palate to the midline, and a small portion of the soft palate. Only at this point was it appreciated that the tumor had extended into the antrum, involving the floor around the roots of the molar teeth. For this reason, the remaining left maxilla, exclusive of the medial and infraorbital plate, was apparently removed in piecemeal fashion, and the cavity was packed with iodoform gauze.” some days after the first surgery, a lesion was removed in a second operation aboard the yacht.

The President’s suffered from a speech impediment, hearing loss, and depression. He was often irritable and lost much of his old energy. By the time he left office in 1897, his party had pretty much disowned him.

The White House was able to cover up the secret surgery story until 1917, nine years after Cleveland died.