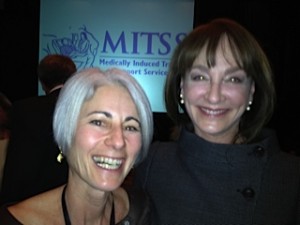 Medical errors happen sometimes. Linda Kenney almost died because of a simple medical mistake. The emotional impact on her healthcare providers were never addressed so she founded MITSS (Medically Induced Trauma Support Services) to help prevent medical mistakes and provide support for all those involved. The year I attended an MITSS conference in Boston, I heard Dr. Nancy Snyderman speak. She is the chief medical editor for NBC News and surprising to me, a head and neck surgeon. She told an operating room story.

‘I was doing an operation with some residents in the room.  I noticed there was a mistake, and I confronted the resident who was responsible. He blamed it on one of the assistants. When I learned about the transfer of blame, I told this young man he was a disgrace to medicine and he would never be allowed to participate in an operation with me. I wanted him disbarred from practicing medicine.  Why? In medicine, we learn from mistakes. If a person can’t admit they made a mistake, there is no hope for them.’

During the Q&A it was brought up that she was a little harsh on this student. She responded with unwavering conviction and told the audience that nothing anyone says in the room would make her change her opinion. I could see her point and believed she was right. Here is a story about how Dr. Snyderman’s patient taught her a few lessons.
Dr Snyderman is a powerful speaker and an admirable doctor and human being. It was an honor to meet her.