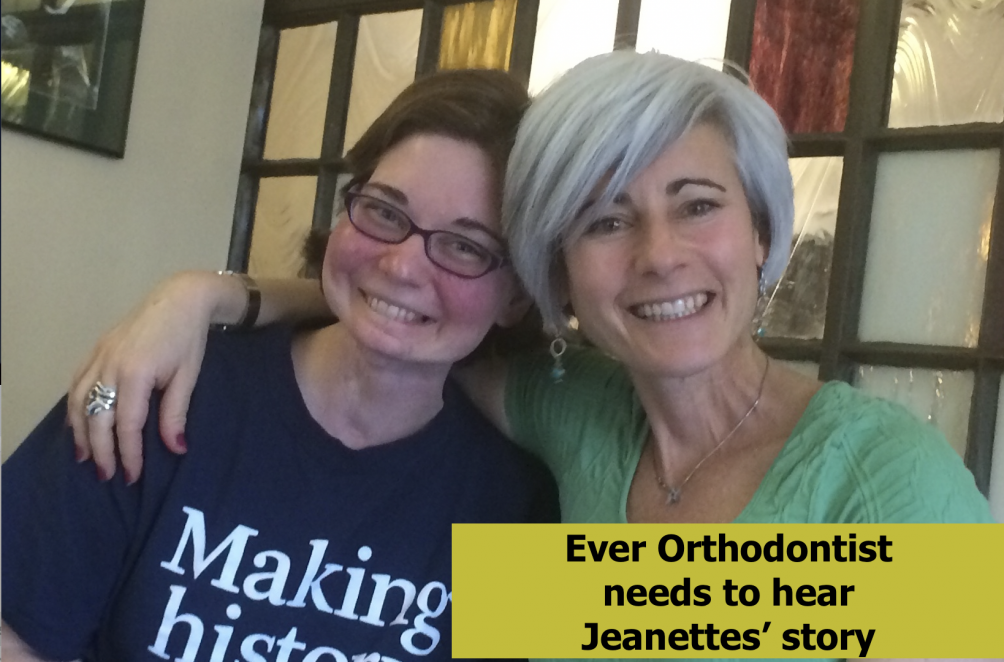 Jeanette’s symptom was a sore that didn’t heal on the lateral border of her tongue. She had braces put on three weeks earlier at the age of 24 to prepare for her wedding. The lesion was assumed to be caused by irritation or trauma from the braces. However, the lesion did not resolve or heal. Her orthodontist never considered oral cancer as a possibility and ignored the classic sign of a non-healing sore.

Even after her braces were removed 2 years later, the lesion persisted. Her orthodontist never followed up with her about the lesion. Six months after her wedding, her tongue swelled to the size of a golf ball. She was instructed to rinse with the notorious ‘magic mouthwash.’ Two weeks after that, she was referred to an oral pathologist who looked in her mouth and said, “I don’t even have to biopsy this to know this is cancer.” The oral pathologist literally began to cry over the gross negligence. He marched into the orthodontic office and reprimanded him in hopes this would not happen again to another patient. 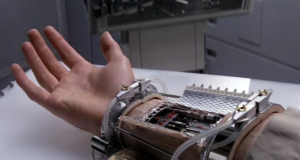 Jeanette had 60% of her tongue removed and reconstructed from a free-flap from her arm. She had a radical neck dissection to remove the lymph nodes. Two more surgeries followed: One for a an infection in her jaw, and another for a bone graft. And, she had a baby! 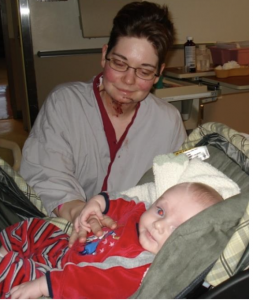 This year, she celebrates 19 years cancer-free. Jeanette believes repetitive injury/trauma caused her oral cancer. If you are reading this and know someone with a sore in their mouth that hasn’t healed after 14 days, see an oral surgeon for evaluation and make sure you do everything you can to rule out oral cancer.

Jeanette tells her story to provide hope to others. View her interview for the Oral Cancer Survivor Story Series with Eva Grayzel on YouTube, or on Instagram @evagrayzel