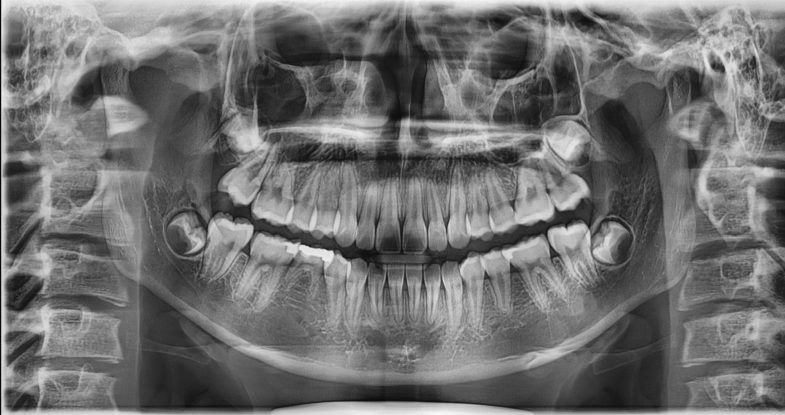 When Oral Pathologist Dr. Laura Ike couldn’t find the radiology report on a scan of patients jaw, she wondered if other patients had scans that fell through the cracks. She uncovered gross negligence on a big scale affecting a couple of thousand patients at the Walter Reed Medical Center.

If you don’t have a subscription to the Wall Street Journal article, I pasted it below.

Walter Reed Failed to Examine Almost 2,000 CT Scans
Nearly 2,000 radiology scans went unread for several years at Walter Reed National Military Medical Center, leading to at least one documented delay in treatment and one physician fearing hundreds more, according to an internal investigation. A combination of faulty processes, oversights by physicians, technical snafus and a radiologist’s overwork led to a backlog of 1,300 unread Cone Beam Computed Tomography (CBCT) scans of patients’ faces and jaws from 2011 to 2016 at the Navy’s postgraduate dental school, according to the investigation, which was completed in August and reviewed by The Wall Street Journal. Similar factors later led to a second backlog of 500 scans at Walter Reed in 2018, the same report found.

Investigators found no malicious intent and no one was punished as a result of the unread scans, Navy officials said. The Navy said it didn’t tell the patients that their scans hadn’t been read. It said it had rechecked all the scans—intending to reach out to any patient if a scan showed areas of concerns—but found no medical reasons to follow up.

“The investigation determined that the CBCT backlog did not result in adverse outcomes for patients and made several recommendations to improve procedures,” said Ed Gulick, spokesman for Navy Medicine. “The backlog of CBCT scans has been cleared, and the investigation’s recommendations are currently being implemented by the Naval Postgraduate Dental School.”

The Defense Health Agency, which oversees Walter Reed in Bethesda, Md., among the military’s premier medical facilities, referred all requests for comment to the Navy. CBCT scans allow doctors to see things X-rays can’t, like a three-dimensional image of roots of a tooth in a complex root canal. Scans can also examine lesions or potential tumors in the jaw to determine whether biopsies or further treatment are needed. Scans are often reviewed immediately by a dentist or physician. Mr. Gulick said that in the civilian sector, such scans might not be subjected to further readings—for example, by a radiologist. But military regulations require that all scans administered by the Navy be read by a radiologist.

The queue of unread scans had gone unnoticed for years until Laura Ike, a former Navy oral pathologist, uncovered the problem in 2016, when she couldn’t find the results of a patient’s CBCT scan, the investigation found. She was told it was likely a “computer glitch.” She worried that other scans might also be missing, however, so she checked the broader system and found 1,300 scans from 2011-2016 had gone unread.

“I kept getting biopsies on patients who had had CT scans but there was no radiology report,” said Dr. Ike, who left the Navy this year for private practice. “Some biopsies were done that might not have been done had a scan been provided.” Dr. Ike was chastised by her superiors for accessing data of patients who weren’t hers, according to testimony in the investigation.

The internal probe found a series of problems that led to the backlog. One radiologist, whose name was redacted from the investigation and who was assigned to read the scans, underwent cancer treatment during some of this period. For months, the radiologist was working from home where technical problems and “severe malaise” prevented the individual from keeping up with the workload. Other radiologists, meanwhile, struggled to get credentials and computer resources to read the scans.

The scans were ultimately read and the backlog cleared. In 2018, however, another 500 cases were neglected with one documented delay in treatment because of the problem, according to the investigation. One of Dr. Ike’s colleagues, also a doctor, whose name also was redacted from the report, told investigators the investigation was “a farce” and said hundreds of cases involving potentially dangerous oral lesions weren’t treated due to unread reports. The Navy said it found no indications any cases had gotten worse and disputes patients were harmed, but acknowledged that one patient’s pathology was missed for seven months, which delayed needed treatment.

After the backlog was discovered and addressed, Dr. Ike’s superior told her the patients would be notified, according to testimony given to investigators, though she said that the Navy didn’t provide a record of the notifications. An employee, whose name was redacted from the investigation findings, deleted the list of the original 1,300 patients whose scans were delayed, citing privacy concerns for those patients. The list is impossible to recreate, investigators said.

Mr. Gulick, the Navy spokesman, said the scans “were properly reviewed later and the backlog cleared with the conclusion that there was no harm to patients.” Mr. Gulick said the Navy was implementing recommendations made by investigators to ensure lapses won’t again occur.

Write to Ben Kesling at benjamin.kesling@wsj.com