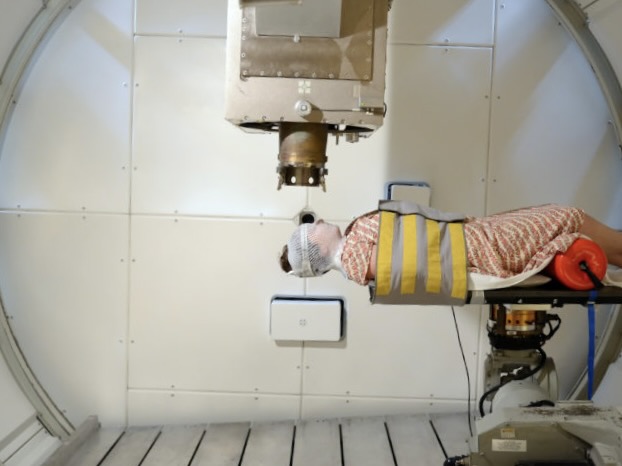 The head and neck area is the most difficult place on the entire body to tolerate radiation therapy. Why? Because it effects vital physical functions such as smell, taste, swallowing and speaking.

I underwent radiation in 1998 for stage IV oral cancer. Back then, most people had standard radiation treatment which is like throwing a can of paint on a canvas; radiation splatters to other organs not requiring treatment. I got lucky consulting with a second doctor at a hospital a little further from my home. 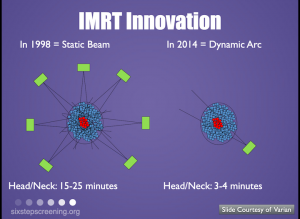 Dr. Vigneri at Sacred Heart Hospital in Allentown PA had just acquired a new technology called IMRT (Intensity Modulated Radiation Therapy). It targeted the tumor site with the maximum dose, but because it came from different angles, it spared the normal tissues and glands in and around the area. I learned there were only 12 IMRT machines up and running in the country at that time. When I inquired about how many patients he treated with my kind of cancer with this new technology, he told me, “Eva, you would be my very first but I vow to give you the best care possible.”

Now, two decades later, there is a more advanced radiation therapy for the treatment of Head/Neck and oral cancer: IMPT (Intensity Modulated Proton Therapy) which paints the radiation dose onto the tumor layer by layer. Several dosimetric studies have demonstrated the superiority of IMPT over IMRT to improve dose sparing of nearby organs in the face and neck such as the larynx, salivary glands and esophagus. Vital physical functions such as vision, smell, taste and swallowing remain virtually untouched when a patient is treated with proton therapy.

Radiation therapy was barbaric when I endured the treatment. Proton Therapy is the new and improved radiation therapy for Head/Neck and Oral Cancer. Do you know anyone who was treated with IMPT?