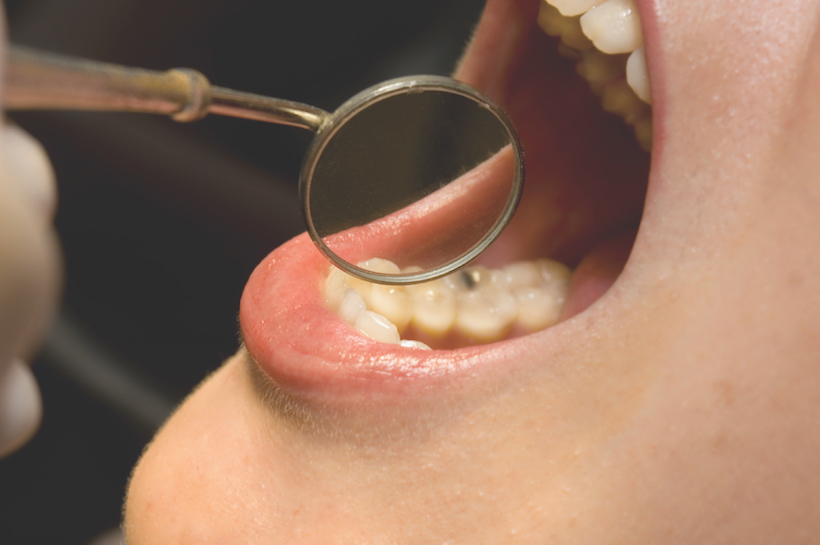 When I mention to people I had oral cancer, very often I am greeted with a dumbfounded expression and the comment, ‘Huh? That’s a thing?’ Most people genuinely want to know more and ask, ‘What were the symptoms?’

It started with a sore on the left side of my tongue. An unusual place for what seemed like an ordinary canker sore. After 4 weeks, an oral surgeon concluded it was nothing serious, after all, I never smoked and rarely drink common causes for irritation in the mouth. Like any canker sore, it hurt. ‘If it bothers you so much,’ the doctor stated, ‘we can remove it.’

“Great, just remove it,” I replied, ecstatic this painful irritation would be eliminated.Two days later, I no longer noticed it. After two weeks, I received a call from the oral surgeon’s receptionist telling me the biopsy results were negative. Confused, I asked, “Are you calling the right patient?”

“The oral surgeon took tissue from your tongue, correct?” she questioned.

“Yes, but I didn’t know it was being biopsied.” I thought to myself, ‘What could they be looking for in a biopsy of the tongue?’ My questions were all but forgotten when she assured me I had nothing to worry about. I regret not asking for examples of what would be problematic. Ultimately, asking the question alone may have saved me from the extensive surgery and treatment that would change my life forever.

Two years later, I was bounced back and forth between dentists and oral surgeons for a lesion that reappeared over the biopsy site. Guided by a pathology report that was over two years old and misinterpreted as hyperkeratosis when in fact it was moderate dysplasia, I was treated for trauma. Nine months later, another biopsy revealed stage IV oral cancer. 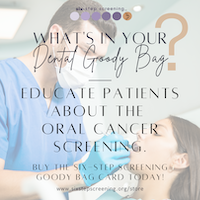 Now, 23 years later, I continue to recognize how little the general public knows about this disease. Early detection makes this disease easily survivable however most cases are diagnosed late. If dental professionals aren’t educating patients about this disease, who is?

Raise the bar on patient education. Partner with patients through education to promote early detection. Whose responsibility is it to raise awareness about oral cancer? The dentist and dental hygienist. Better care is better business. How do you educate patients about oral cancer? Check out the Six-Step Screening posters and goody bag cards!