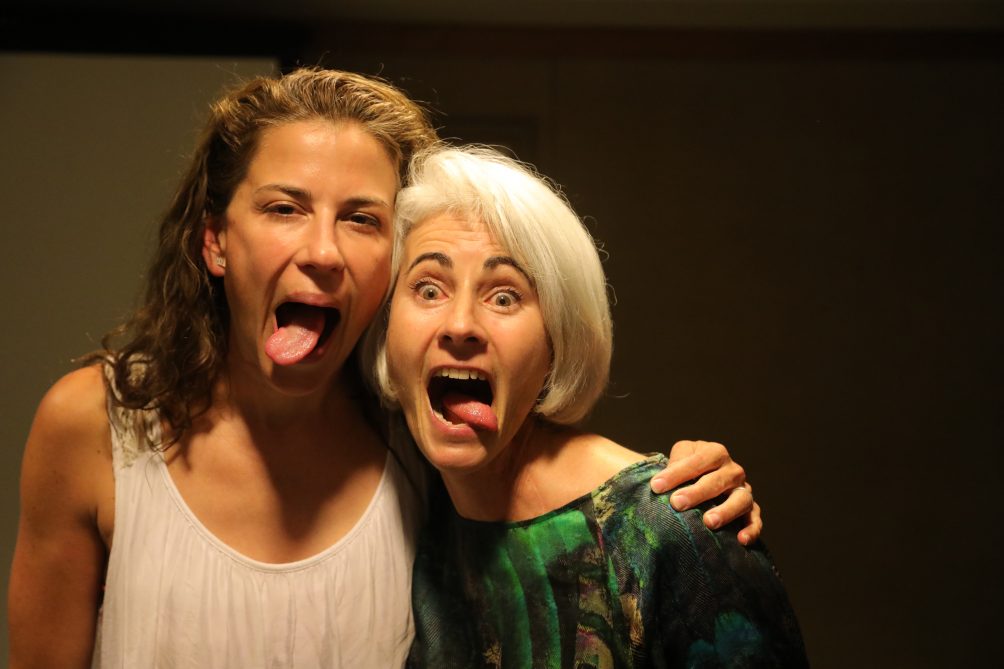 I have adopted a sister, a survivor sister Dale Noelle. Tongue cancer became the topic of conversation between my friend Erin’s mother and Dale’s mother over a card game. They agreed Dale and I should meet.

For months, our busy schedules didn’t allow us to plan a meeting. But, when I got the message she could attend a lecture I was giving to a dental group, I asked if she would share her story, too. The more stories, the more impact.

Most oral cancer survivors tell the same story of a late diagnosis. Not Dale. Every year for a decade, she had biopsies on the right side of her tongue where there always seemed to be one white patch or another. One day, while brushing her teeth, she noticed a little cauliflower growth. Was it there for a week? a month? She didn’t know.

The doctor she had been seeing all those years said pregnancy can cause cells to go awry and it’s probably nothing. At the time, she was 4 months pregnant. He suggested she wait until after the birth for another evaluation. She told him she didn’t want to leave the office until it was removed. Good thinking! Two days later, she received the news – Squamous Cell Carcinoma. She was referred to a medical center with both a neonatal and a head/neck department.

The lesion was removed from her tongue and a few months later, her baby was born healthy. Two years later, she had another SCC removed from her tongue. When it recurred two years after that, her lymph nodes felt swollen. Her surgeon wanted to perform a glossectomy, modified radical neck dissection, and reconstruction (removing the artery in the arm with skin grafts from the arm and leg), similar to what I had. 9 out of 10 surgeons she consulted around the country agreed. She choose to see the 1 conservative surgeon who thought removal of the lesion may once again be enough depending on the tumor size, margins, and lymph node involvement.  She had a partial glossectomy and selective neck dissection. Her lymph nodes were clear, so she walked out the next day.  That was one year ago.

Dale was HPV negative, but has the p53 protein which means she is at high risk for a recurrence.

We met an hour before the lecture for the first time along with another friend who is an oral medicine expert in the area, Dr. Joel Epstein. When he heard her story, he asked if she was taking any preventative measures. Neither of us had ever heard about that possibility. He strongly recommended she apply a topical vitamin A, take NSAIDs, and possibly a preventative chemotherapy. He referred her to an expert in her area in preventative oncology care.

I asked Joel if he could repeat his advice in front of the dental professional audience. It had  the intended impact. The 2-hour presentation flew by. You could hear a pin drop in the room except when people stood up and leaned over to see every bit of each slide.

After the presentation, my dear longtime friend, David Firestone DDS, took a photo of our tongues. My surgery was on the left side. Dale’s was on the right. As you can see, sticking out our tongues straight is an impossible feat. Nevertheless, we can both enjoy an ice-cream cone, it just requires a little adaptation and creativity!

I write this as I fly across the country back home, basking in the power of networking, education and working together to save lives.