Stripped Of My Dignity | Six-Step Screening 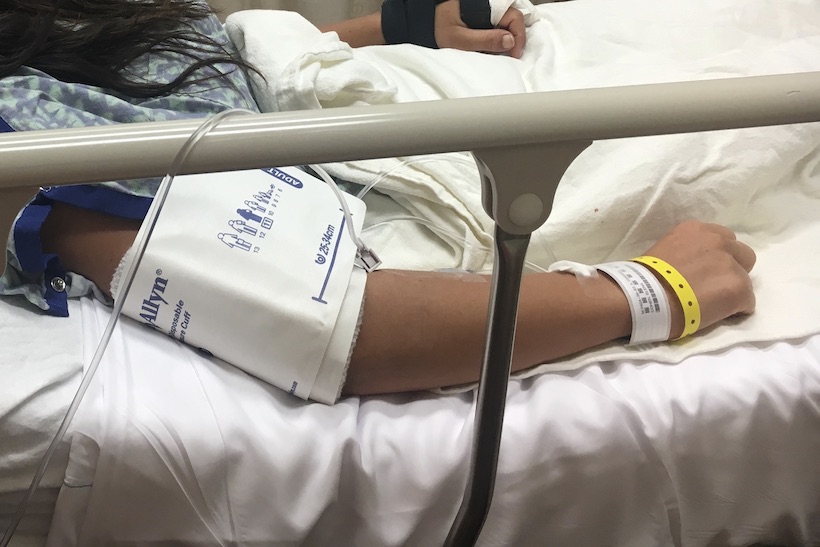 After the anesthesia was injected, a nurse introduced himself and said he would be transporting me to the surgical suite. As he secured the side bars of my bed, he asked if I had anything on under my gown. Already feeling vulnerable, this question put me on edge but I answered, “Yes, I have underwear on.”

‘Well, you are going to have to take those off,’ he replied without sympathy while maneuvering the cumbersome gurney through the room to the hallway.

I’ve heard stories about injustices occurring when a patient is unconscious. Surgery to my head and neck did not necessitate exposure below the waist.

“I’ll repeat, you need to take those off,” he said flatly while negotiating me around the corners and down the corridors.

Trying to understand his request was beyond my capabilities at that moment. I was in a state of utmost vulnerability and scared to death. Just breathing was about all I could muster. Powerless tears welled up with images of my naked body under the scrutiny of judgmental eyes. I had no choice but to comply.

My brain was telling my hands to reach under my gown. Yet, I just couldn’t move them. My hands were paralyzed. “I can’t!” I cried.

“The anesthesia is kicking in and the outer extremities lose function first. Don’t worry, I’ll take care of it.”

Didn’t he understand why I wanted my underwear on? I could have been more direct and asked if a female nurse could help with the task. He could have tuned into my confusion and apprehension. No one had explained a catheter was necessary in a long surgery. If I knew that in advance, if someone took the time to educate me about it, I would have been compliant.

The doctors were scrubbed, the room was light and stark, and my 12-hour surgery was about to begin. My gurney came to a stop and the male nurse removed my white cotton underwear. I swallowed the anger, breathed in deeply and summoned all the peace and fortitude I could muster. Seconds later, I was enveloped in darkness.

It has been two decades since my surgery and this incident has branded my experience. Major surgery, especially to your mouth and neck, strips you of your power to speak up and report the incident. All I could do was get from moment to moment, day to day.

I don’t remember his face but I still remember how I felt: stripped of my dignity.